Uttarakhand: Cloudburst In Pithoragarh, One Killed And 30 Houses Destroyed 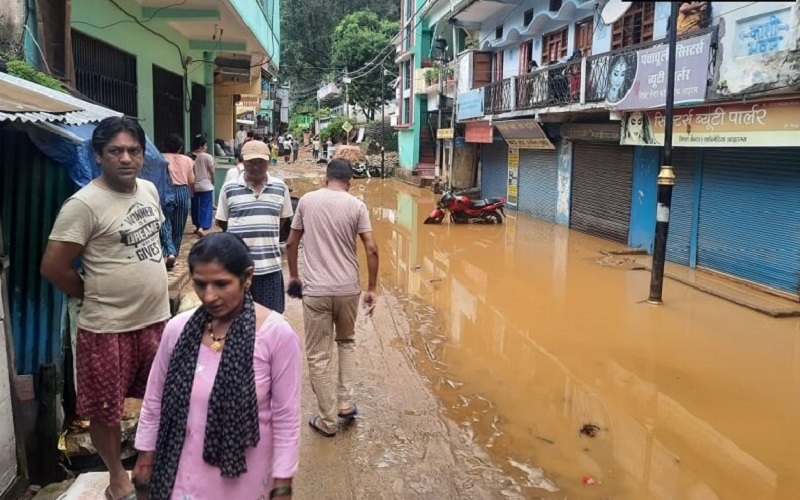 In Uttarakhand’s Pithoragarh district, a cloudburst occurred about midnight on Friday near the Lasko river close to the India-Nepal border resulting in the death of a woman and the destruction of roughly 30 homes.

Pithoragarh district magistrate Ashish Chauhan said that one woman died and about 30 buildings were demolished in the cloudburst disaster.

Dharchula and the surrounding areas have sustained significant damage as a result of last night’s flood in the Kali river.

Uttarakhand | Sashastra Seema Bal (SSB) has now taken over the rescue & relief operation in Khotila village of Dharchula near the India-Nepal border in Pithoragarh. The body of a 63-year-old woman, who went missing after the cloud burst, now recovered. https://t.co/kPM6OK3Jlw pic.twitter.com/BknDNoQJjD

Floods have caused many homes to be washed away and some homes to be harmed in multiple ways. A building fell and was engulfed in the water this morning as a result of a high river current.

Villages in both India and Nepal have suffered devastation as a result of the Kali River floods.

An earlier cloudburst episode in Dehradun on August 20 had significant effects as reports of high water flow damaging several roads came to light.

According to reports, numerous towns’ roads have been damaged by water entering different buildings. According to Manikant Mishra, commandant of the SDRF in Dehradun, the NDRF and SDRF are conducting relief, rescue, and restoration operations.

The devastated regions in Sarkhet village in Dehradun’s Raipur were then inspected by Uttarakhand Chief Minister Pushkar Singh Dhami. The water disrupted the common people’s daily lives by washing out numerous properties and entering several buildings.

Dhami sent a notice regarding the destruction caused by torrential rains in the Garhwal division, including Dehradun, to the state disaster management agency and other administrative officials.

Additionally, the chief minister gave orders to all relevant departments to visit the impacted districts. According to the SDRF, “all the individuals trapped in the village were rescued while some sought refuge in a resort nearby.”