Farmers Bill, Does more harm to Farmers than help 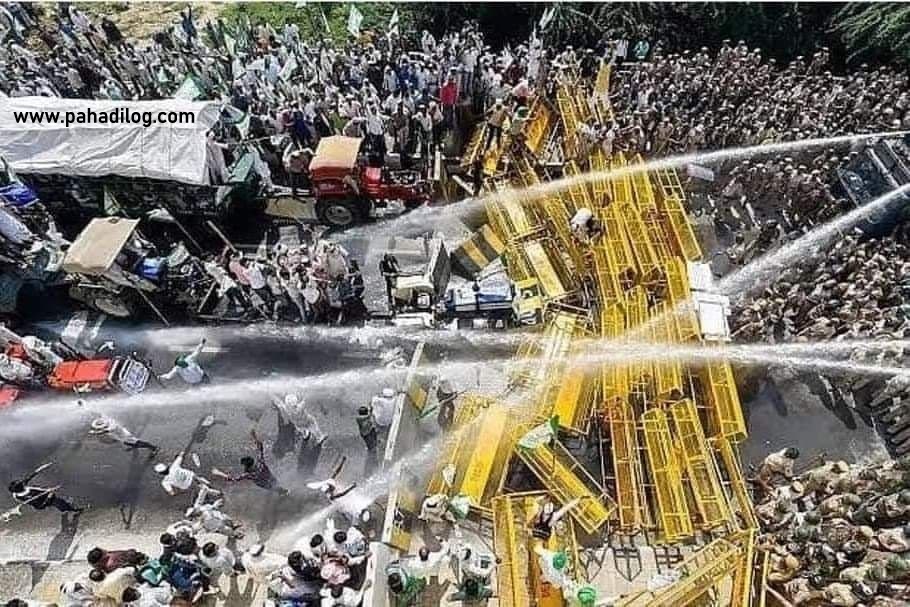 Thousands of farmers are assembling at various spots across Haryana borders in Punjab amid rising tension. Their movements have been stopped by Haryana Police officials marching their way towards Delhi under the slogan “Delhi Chalo”. The farmers have been protesting against the three laws passed by the Central Government.

The Haryana Police used water cannons and tear gas in the cold wintery November to disperse the crowd. The police used barricades and diversions. This agitated the crowd even more as they threatened to block all roads leading to Delhi. Some of them were seen waving black flags against the govt. and shouting slogans.

A confrontation is likely to take place with farmers from five states – Uttar Pradesh, Haryana, Uttarakhand, Rajasthan, Kerala and Punjab – marching to Delhi today and tomorrow. The government of Delhi has refused to allow any rally in the city, citing the COVID 19 outbreak. Tight security arrangements have been made in Delhi borders with Gurugram and Faridabad.

Akali Dal chief Sukhbir Singh Badal added “By stopping Punjabi farmers from peacefully exercising democratic rights, the centre is repeating 1980 when the Akalis were stopped from entering Delhi to protest,” his post read. The Prime Minister’s Office, he said, must intervene “to ensure that this is stopped immediately and the Annadatas are not harassed and humiliated”.

“Due to these laws, farmers are in danger of becoming captive to companies. Law control, free marketing, storage, import-export, is not in the interest of farmers. The farmers of this country are also suffering because of the policies of the World Trade Organisation. During the drought in Bengal, in 1943-44, 40 lakh people died of hunger due to hoarding of food grains by the East India Company”. said Bhartiya Kisan Union.

What centre has to say about the Bills passed?

Centre is of the view that these laws will help in transforming Indian agriculture markets by attracting private investments, providing the famers with the opportunity to sell their produce anywhere in the country. These laws do not mention anything about MSP being a Legal provision. The government is putting this forward as part of “one nation, one market

Why are the Farmers having Issues with the Bills

The issue with Punjab farmers comes out to the point that currently, Centre buys wheat and paddy from Punjab at decided MSP. Now, the farmers are of the mind that eventually Govt will stop procuring wheat and paddy from them at MSP in the future years. Since, the Minimum support Price does not hold any legal accountability, but has been in the service and has acted in favour of farmers in times and distress for a long time this makes the farmers more anxious about the applicability of it in the coming years.

The Farmers’ Produce Trade and Commerce (Promotion and Facilitation) Ordinance

Under this ordinance, the farmer can sell his finished crops to any shop anywhere. There will be no such compulsion to sell in APMC mandi of specific to their own area. The famers would be able to trade their goods outside the premises of mandi, anywhere within the state or outside. The big business owners will procure the produce at low cost and will sell at higher price.

The bill benefits big farmers as they are more options to sell their produce to, they can sell it directly to consumers at good prices. This also comes with a minus point as the small farmers are less likely to be affected by the bill. They themselves have to bear the cost of transportation which is going to affect the pocket of the farmers instead of helping them with incentive.

Under this ordinance, the farmer signs a legal agreement (contract) to sell the crops on the basis of the parameters set by his crop standards. This protects the farmers from exploitation as it provides a dispute settlement mechanism between a famer and a buyer.

The buyer will lay down certain parameters for the farmers as per his requirement and may give way many more such demands. This is simply called Contract Farming is believed that this may reduce the risk of the farmer. In return of the services the buyer (often an organisation) agrees to buy the produce at a price pre decided.

The businessmen/wholesalers/retailers used to earlier buy crops at affordable rates and store them in large numbers creating shortage in the market thus giving rise to artificial demand. This increases the price of the commodity n the market which affects the normal life of people as it disturbs the budget. But now, under the amendment, agricultural products like cereals, pulses, oilseeds, edible oils and potatoes have been removed from it. Govt. will supply and regulate the prices in case of war, famine, high price rise or in the event of natural calamity.

The prices of such items that have been removed from the list will tend to go up. These items being part of every household will make the individual suffer. The cost of these items will increase and hoarding is likely to occur. These commodities (non-perishable) do not need extra effort in storage; can be stored at room temperatures for months, which makes the hoarding easy and cheap. On one hand, it will boost farmers’ income but on the other  this will also lead to price rise.