Know more about The Sun Temple of Katarmal, Almora 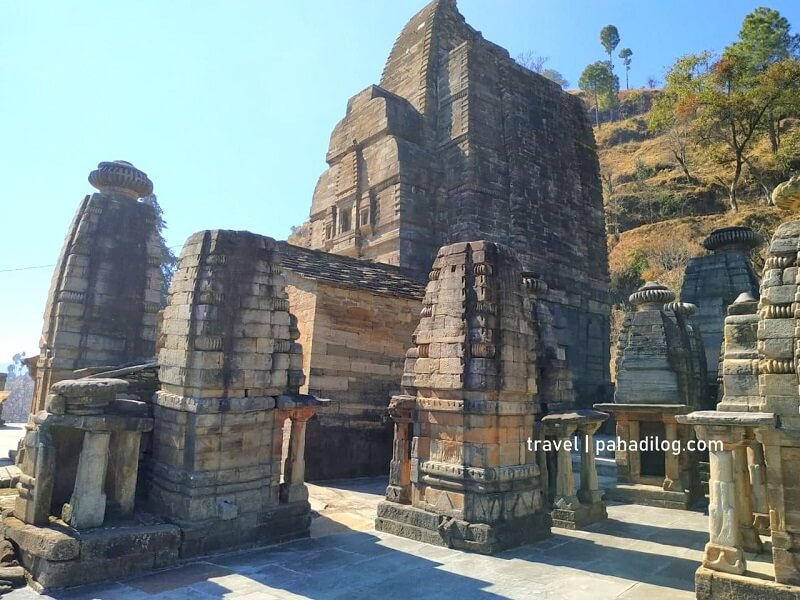 The temple is located in Almora district of Uttarakhand. The Sun temple of Katarmal, situated in the hills of Almora surrounded by cedar and pine trees, is a unique specimen of architecture. Katarmal os temple of God Sun. This temple is 800 years old. This temple is also known as “Badaditya (“बड़ादित्य”)”. There are 50 groups of small temples in different groups. The Katarmal Sun Temple was built by Katarmal, Who is the ruler of the Katyuri dynasty. It is believed that the Katyuri king was a worshiper of Surya.

There are only two Sun temples in the whole world. one is famous for Konark Sun temple in Odisha and the other is the Sun Temple of Katarmal in Uttarakhand. The temple complex is in a very quiet place, there is so much peace around it. If you want to meditation, it will feel as if you have been absorbed in the lap of nature. People come here for meditation fro all over the Country. If you travel alone in the temple premises, it will appear as if you have come in the century of its construction. The craftsmanship of the temple which seems to be very lively will surprise you.

In terms of tourism, this place has not developed as much as it should have. But people come from far away to visit the temple, every day a lot of people come here. If you are looking for relaxation, then definitely experience here.

It was built by the Katyuri king “Katarmalla” Dev, in the early medieval period. In this time Kumaon was ruled by the Katyuri dynasty. The sun temple is characterized by its magnificent architecture, artistically made stone and metalwork and beautifully carved pillars and wooden doors. Katarmal temple is famous for Many religious sites have been constructed much later within the present pavilion and enclosure. Shiva-Parvati and Lakshmi-Narayan’s statues have also been found in the temple. According to Nee Janasruti, Katyuri king Katarmal Dev constructed this temple in one night. In addition to the three statues of the Sun, there are also many idols of gods and goddesses like Vishnu, Shiva and Ganesh. It is said that the deities used to worship Lord Surya here.

How to reach Katarmal Temple