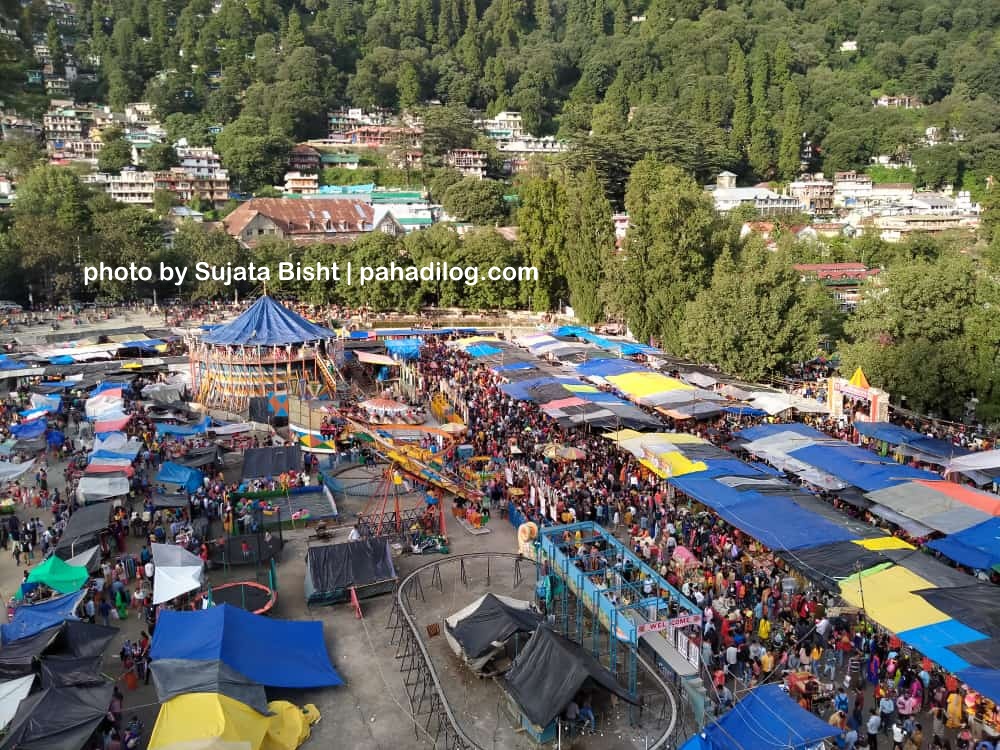 Like Almora, Nanda Devi fair is celebrated in Nainital with faith and fun. It is said that people from Almora had started this fair in Nainital too.

The religious activities of the fair in Nainital begin from Panchami itself. Here also the Nanda statues are made from Kadali columns. The Brahmins come from Joyalikot, located near Nainital, for the fair. Like Almora, the Kadali columns are selected by the method.

The fair activities begin after the worship of selected Kadali poles at the Dharamshala in Mallital, then according to the law. They are worshipped, consecrated, after the adornments of faces and adorned with their jewellery. Since the fair has been given the shape of a festival, worship is held continuously till immersion, cultural programs are organized. Traditionally Shobha Yatra is carried out on the last day of the fair. Thousands of people join in this procession by chanting Nanda Maa. Akshat, flowers etc. are offered on the idols. Lastly, these Devi Deities are immersed near the Pashan Devi temple. Folk singers, dancers from far and wide perform their art during the fair.

To conduct the fair smoothly, the system was taken over by Shri Ram Sevak Sabha in the year 1937. Even today, this organization has all the work of arrangement. The order of worship of Maa Nanda in Kumaon is believed to be from the era of Chand rulers. According to legend and history, in 1670, the Chand ruler of Kumaon, King Baz Bahadur Chand brought a golden statue of mother Nanda Devi from the fort of Badhankot and installed it here at Malla Mahal (present-day Collectorate Complex Almora).